Pop! Movies: Bullet Train – Momomon: Climb aboard for thrilling adventures with Pop! Momomon from Sony Pictures’ Bullet Train. Former assassin, Ladybug, is determined to change his ways, but he’s pulled back onto the tracks of a new mission aboard a bullet train headed to Kyoto — and dangerous opponents lurk around every corner. Bring home the excitement of the movie with Pop! Momomon, who is clutching a briefcase. Expand your Pop! Movies set before the train leaves the station. Vinyl figure is approximately 3.93-inches tall. 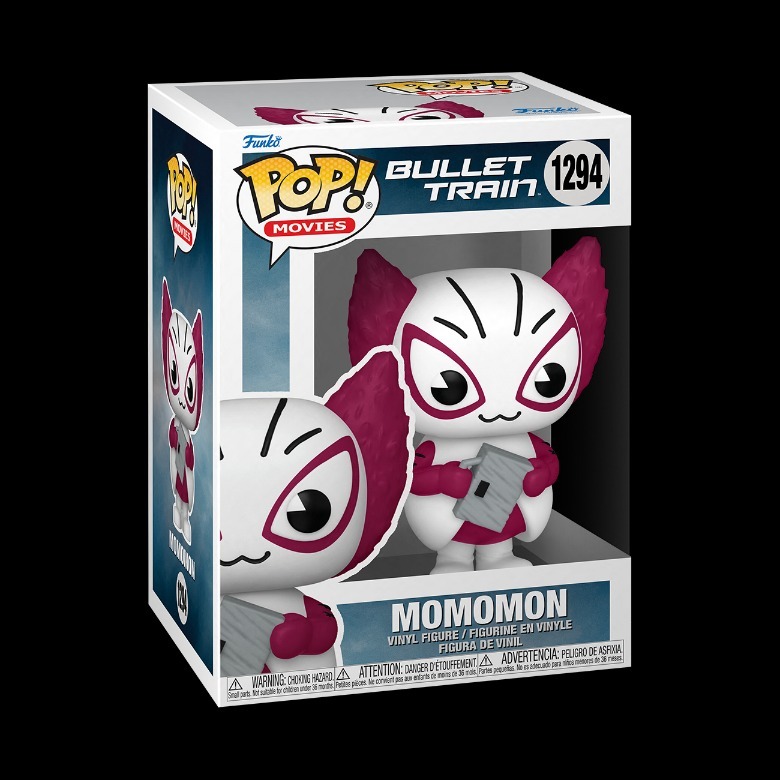 Obviously saving the best for last, Funko is also offering the adorable anime mascot that repeatedly finds itself in the center of a few heated conflicts during the course of “Bullet Train.” With a rather surprising actor in the suit (whom I will not spoil here!) and a fun role in the film overall, this, too, can be yours to own.

Eager fans can preorder all of these “Bullet Train” Funko Pop! figures at this link.