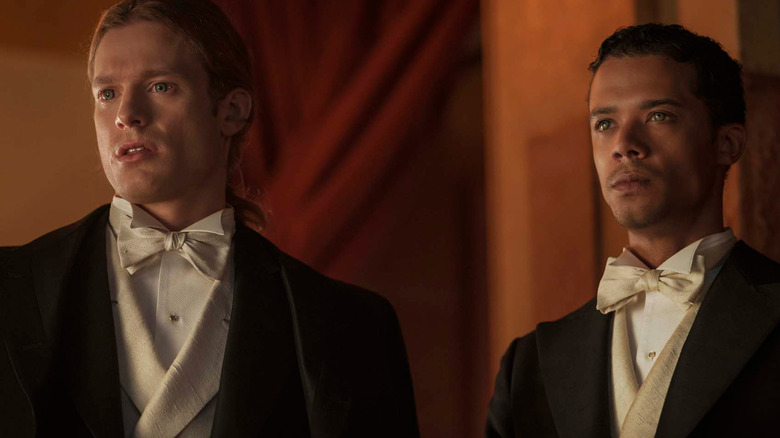 Anne Rice’s rich world of the “Vampire Chronicles” has barely been scratched. This might seem strange given how often the 1994 adaptation “Interview With The Vampire” is still considered a queer cult classic. However, it’s important to understand that that film did everything but acknowledge in words the absolutely messed up love story between Lestat de Lioncourt and Louis de Pointe du Lac. It was the early 1990s after all, and in the immortal words of Norm MacDonald, it was just not gay enough.

If you thought that the queerbait gods or stuffy AMC executives would have this “are they aren’t they” dynamic repeat once again in the series adaptation of “Interview With The Vampire,” think again. It finally turns all of the book and movie’s subtext into actual text, making it arguably the queerest show currently on television right now. Of course, that’s not all it centers around — several years after first encountering him, dying journalist Daniel (Daniel Bogosian) agrees to one last interview with the century-old vampire Louis (Jacob Anderson). During the interview, Louis recounts the most important moments of his time as a vampire, as well as the lessons and heartbreak he learned from his mentor, Lestat (Sam Reid).

It’s a premise that still sounds as promising and intriguing as it was back when the original novel was published in 1976. Unfortunately, besides its overt queerness and eye-catching aesthetics, there’s not much in “Interview With The Vampire” to really sink your teeth into.

In Droves Of Increasing Wonder 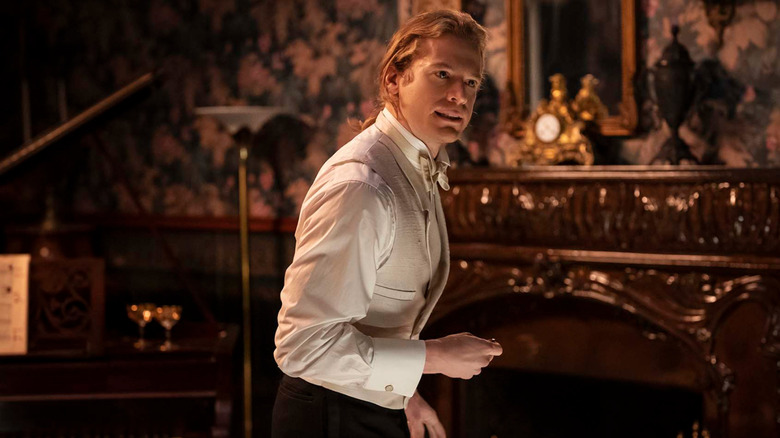 As apropos, the relationship between Louis and Lestat remains the focal point of this series. However, that doesn’t necessarily mean it’s for the best. Although Lestat has always kind of been The Worst, his characterization and development here seem like an afterthought. As a result of this shallow writing, along with Reid’s rather bland performance, he doesn’t seem like the regal yet constantly animated vampire he is described to be outside of some admittedly funny bits scattered throughout the series.

It also doesn’t help that the changes made to Louis’ story make their romance even more awkward. Instead of being the owner of two late 18th-century indigo plantations, the show fashions him as the executor of his family’s estate, a fortune they accrued despite the racism they faced in areas other than New Orleans. The handling of this retcon is questionable at best, and the creepy and lowkey racist comments made by Lestat when he and Louis first meet will make you cringe rather than swoon. It doesn’t help that reminders of Lestat’s ignorance hang over the rest of the series, making for one pretty uncomfortable experience since the show can’t seem to decide whether they think they’re a good couple.

On the bright side, Anderson gives a nuanced and interesting performance as Louis. He is a constantly-changing actor on screen, effectively conveying every complex feeling that his character goes through during his 112 years of vampirism. It’s just a shame he has a pretty terrible but pivotal romance to act through.

A Love Not Worth Fighting For 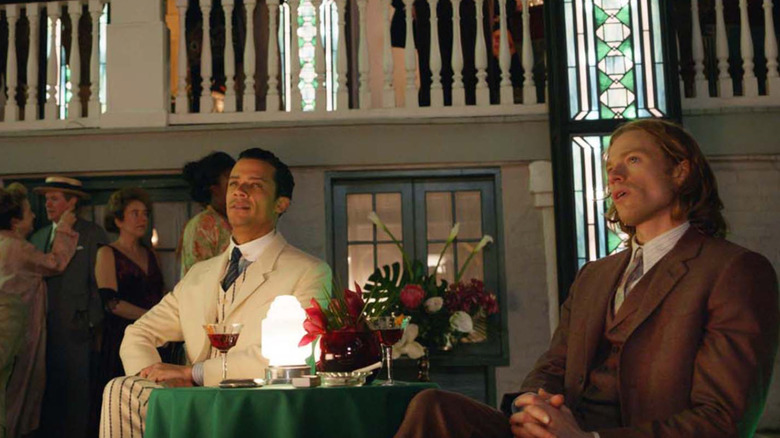 “Interview With The Vampire” is pretty interesting from an aesthetic perspective. The alleys of New Orleans, Louis’ eerie Dubai apartment, and the nightclubs that Louis and Lestat stalk their prey in feel wholly lived in. While perhaps not reaching the extravagance of film’s sets, the show’s sets feel appropriate for the timeline changes made to the story. The show’s drab and flat lighting does dampen these locations at times, though. One scene in the show’s third episode is lit so darkly that it’s hard to make out what’s even happening. This lighting ends up being the worst part of the show visually as makes the sets look cheaper and obscures a lot of the vampiric goodness as the story progresses.

And perhaps that is the perfect encapsulation of “Interview With The Vampire.” While there are quite a few great things about the show, it ultimately does not amount to anything deeper. It is a hollow retelling that attempts to modernize its central concept to reflect our current society, only for it to actually feel regressive at times. Fans of “The Vampire Chronicles” might be entertained, but anyone not familiar with the source material likely won’t find a reason to continue watching. If it can’t achieve that, despite being made to bring in new fans with an updated story, then what’s the point?

“Interview With the Vampire” premieres Sunday, October 2 at 10 pm ET/9 c on AMC.

Read this next: The Highest Rated Horror Movies Of All Time

The post Interview With The Vampire Review: Anne Rice’s Novel Gets Modernized, For Better and Worse appeared first on /Film.