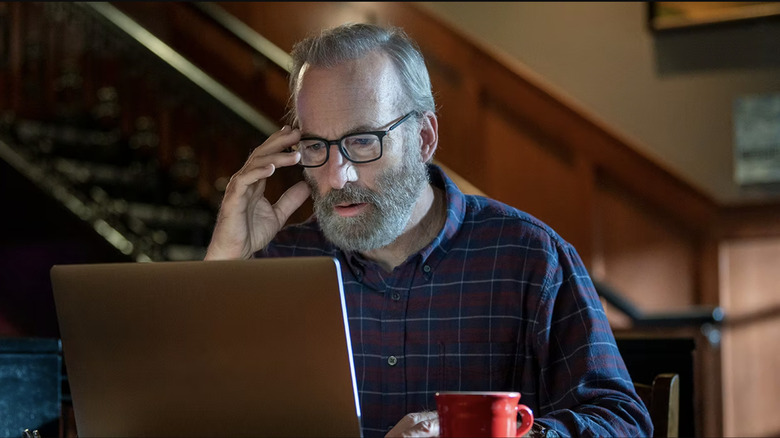 National treasure Bob Odenkirk isn’t saying goodbye to AMC after the completion of “Better Call Saul,” as his next project, “Straight Man,” is well into production. Many assumed Odenkirk would take a step back from the acting world after he endured a heart attack, but you can’t keep a Goodman down. He thankfully recovered after the massive scare and now ol’ Bob is back, bearded, and better than ever.

The new dramedy series is based on the Richard Russo novel of the same name, with Odenkirk starring as William Henry Devereaux Jr., aka “Hank,” the unlikely interim chairman of the English department at a fictional Pennsylvania university while he experiences a mid-life crisis. “Straight Man” is currently filming and looking at a 2023 premiere with an 8-episode first season, which means we’re still a ways away from a trailer, but here’s everything we know so far about the new series.

What To Expect From The Series 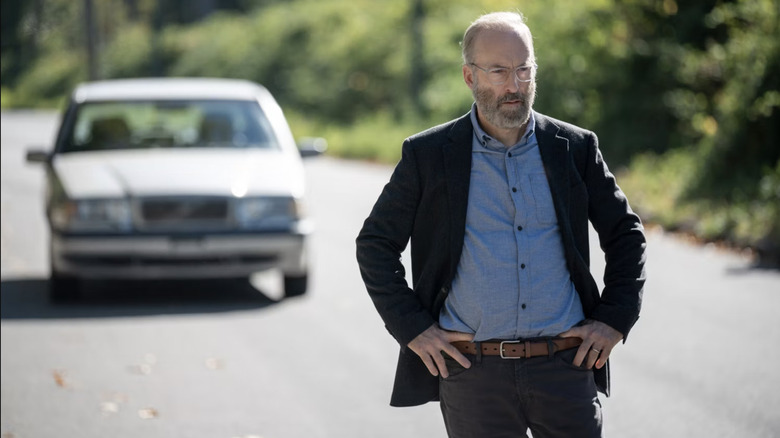 Russo’s novel was rumored to be based heavily on his own experiences teaching at Southern Illinois University Carbondale, Southern Connecticut State University, and Penn State Altoona, but hopefully sensationalized for the sake of the novel. The story is an examination of an extremely complicated man, who often engages in unethical behavior like hiding in the rafters while fellow faculty members vote on whether or not to dismiss him and threatening to kill a goose living near the campus pond until his department receives a budget increase.

While Hank is the center of the story, “Straight Man” also looks at dissecting the relationships between faculty and students, as well as the imperfect inner workings of higher education. It’s doubtful that we’ll see Odenkirk in a similar action form like in 2021’s “Nobody,” but we’ll certainly get to see a nuanced, layered, and powerful leading performance like in “Better Call Saul.”

Hank’s character is a complicated mess, and if there’s anyone on the planet who can bring the necessary humanity to an anti-hero, it’s Odenkirk. The novel only takes place over the course of a week, so depending on the success of the show, there’s a probability that “Straight Man” will become its own unique story following the first season.

The Cast And Crew Of Straight Man 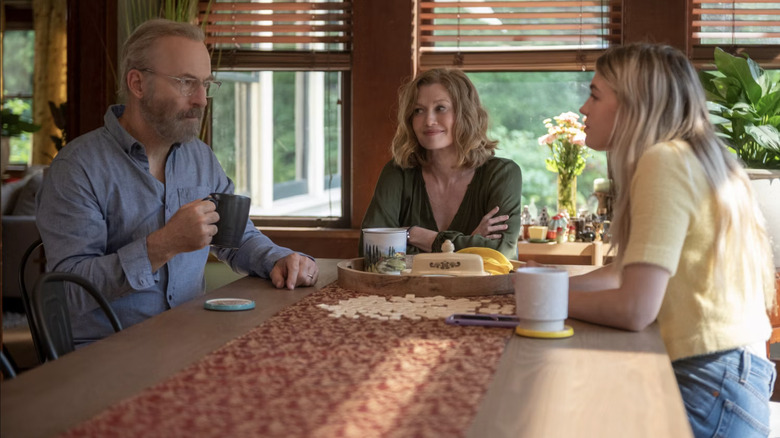 Odenkirk is joined by Mireille Enos as his wife Lily, the Vice Principal of the local high school who starts to question whether or not she wants to stay in her marriage after Hank begins to spiral into his midlife crisis. The duo is joined by Dustin Wyatt as Jolly Man, Suzanne Cryer as Gracie DuBois, Sara Amini as Meg Quigley, Cedric Yarbrough as Paul Rourke, and Diedrich Bader as Tony Conigula. Strangely, Olivia Scott Welch is credited on IMDb as “Hank” as well, which we’re assuming is just a typographical error.

The series is being adapted by Aaron Zelman and Paul Lieberstein, who are also serving as co-showrunners. Funnyman Peter Farrelly (“Dumb and Dumber,” “There’s Something About Mary”) is set to direct. Executive producers include Mark Johnson, Richard Russo, Naomi Odenkirk, and Marc Provissiero, with Sony Pictures’ Television TriStar TV producing.

Read this next: Everything You Need To Remember Before The Final Episodes Of Better Call Saul

The post Straight Man: Everything We Know So Far About Bob Odenkirk’s New AMC Series appeared first on /Film.