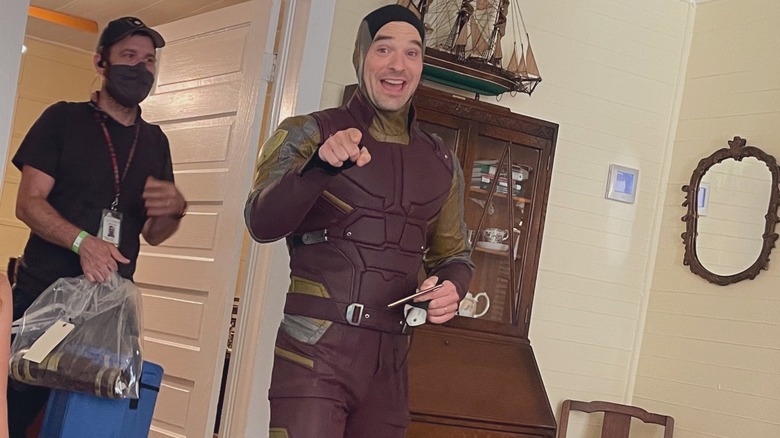 (Superhero Bits is a collection of stories, updates, and videos about anything and everything inspired by the comics of Marvel, DC, and more. For comic book movies, TV shows, merchandise, events, and whatever catches our eye, this is the place to find anything that falls through the cracks.)

In this edition of Superhero Bits:

Lazarus Planet Is The Next Big DC Comics Crossover Event

The next big DC Comics crossover event has been unveiled. The publisher announced at New York Comic-Con that “Lazarus Planet” will kick off 2023 in explosive fashion, with the whole thing spinning out of the pages of “Batman vs. Robin.” While much remains mysterious, a description of the book reads as follows:

Following the events of Mark Waid and Mahmud Asrar’s Batman vs. Robin #4 this December, the Lazarus Volcano has erupted—spewing dangerous and transformative chemicals into Earth’s atmosphere, resulting in chaos across the DC universe! As these Lazarus clouds rain down upon the planet, people across the globe begin to develop strange new abilities, watch their already-extraordinary abilities change, and witness a whole host of chaos unlike anything the DCU has experienced before!

“Lazarus Planet” kicks off in January. Full details (so far) on the event can be found by clicking here.

No, Eiza Gonzalez Is Not Playing Elektra In Daredevil: Born Again 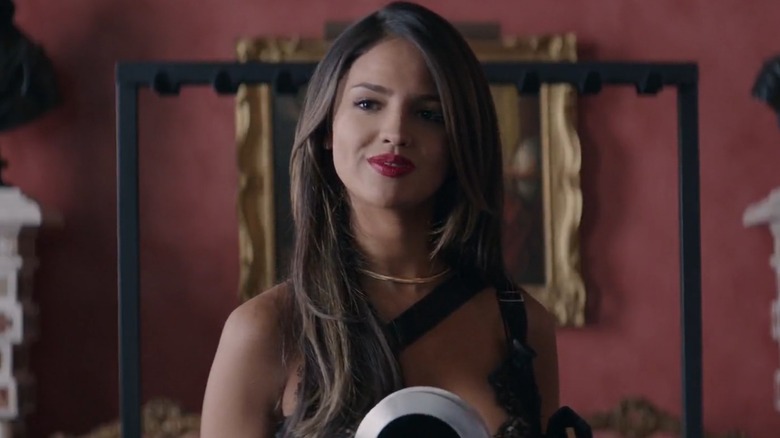 Recently, for seemingly unfounded reasons, Eiza Gonzalez (“Hobbs & Shaw,” “Baby Driver”) was rumored to be playing Elektra in the MCU, specifically, in the upcoming “Daredevil: Born Again.” But Elodie Yung already played the part on the Netflix show, so some of the conversation around this rumor was not exactly friendly. Well, Gonzalez took it upon herself to clear things up, sharing the following on Twitter:

“I feel like I’m just gonna get it out of the way because, one, I’m confused as for the amount of hate over this, and two, I feel like it saves people energy. No, I’m not cast as Elektra in Daredevil. I have already [an] going series exclusivity contract to 3 Body Problem. Ur welcome.”

So there we have it, folks. We can put that one to bed. “Daredevil: Born Again” is expected to arrive on Disney+ sometime in 2024.

Here is the official promo and synopsis for the sixth episode of the third season of “Stargirl” on The CW:

After learning that Courtney (Brec Bassinger) has been spending time with Cameron (Hunter Sansone), Pat (Luke Wilson) and Barbara (Amy Smart) go on a recon mission at the Mahkents. Meanwhile, Sylvester (Joel McHale) steps in to fill the void left by Courtney, and tensions between Yolanda (Yvette Monreal) and Cindy (Meg DeLacy) reach new heights.

Lea Thompson directed the episode, which was written by Alfredo Septien and Turi Meyer. 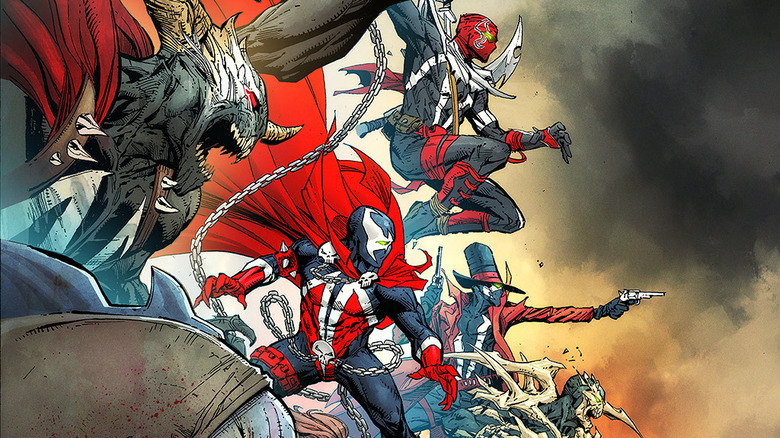 Todd McFarlane’s “Spawn” movie reboot got a new lease on life recently with Scott Silver (“Joker”) and Malcolm Spellman (“The Falcon and the Winter Soldier”) signing on to write a new script. But McFarlane sees a bigger future for the franchise, assuming things go well with this first film. Speaking with Comic Book Resources at NYCC, McFarlane sees an entire universe of stories to tell:

“Image Comics and the Spawn comic book are celebrating their 30th anniversary this year. So, I’ve got well over 300 characters in my universe. Again, they’re not all equal to Spawn, but they exist. Do I think there’s a way to branch out from Spawn into the Spawn Universe? Yes. The expansion has begun with my characters and is there a natural progression that could go on into Hollywood, the answer is yes… as long as we can launch Spawn out of the gate to start with.”

The good news is, it sounds like McFarlane isn’t getting too ahead of himself, and he wants to get this first movie right. But if that happens, expect much more to follow. The “Spawn” movie remains without a release date.

Heads Up! Werewolf By Night Is Streaming On Disney+ Tomorrow

Marvel is getting ready to enter the horror world in a big, bad way with “Werewolf by Night,” which recently debuted to rave reviews out of Fantastic Fest. And the special premieres on Disney+ tomorrow. The above teaser serves as a reminder, so mark your calendars, Marvel fans, and plan accordingly.

The Black Adam Runtime Has Been Revealed 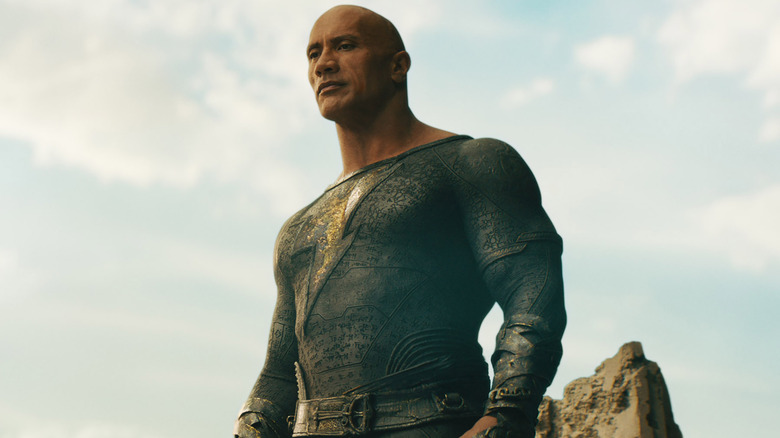 Recently, tickets for “Black Adam” went on sale, with the movie’s release just a couple of weeks away. That means we finally know how long Dwayne Johnson’s DC flick is, thanks to theater chains like AMC listing the run time alongside showtimes for the movie. It apparently clocks in at 2 hours and 4 minutes which is, quite frankly, pretty reasonable. 2 hours, give or take, is about standard for a big blockbuster movie like this, yet we’ve seen run times stretch well beyond that in recent years, with movies like “Avengers: Endgame” and “The Batman” pushing 3 hours. But The Rock and Warner Bros. managed to keep this one reasonably tight. “Black Adam” hits theaters on October 21, 2022.

New York Comic Con is officially underway! As is pretty much always the case with big conventions such as this, most of us can’t actually be there to experience the joys it has to offer Marvel, fortunately, is helping out by live streaming some of the happenings from NYCC on YouTube. Above is today’s livestream, but they will have others throughout the weekend. So scope out Marvel’s YouTube channel Friday, Saturday, and Sunday as the event rolls on to see more from the convention.

Ezra Miller Recently Did Reshoots For The Flash Movie 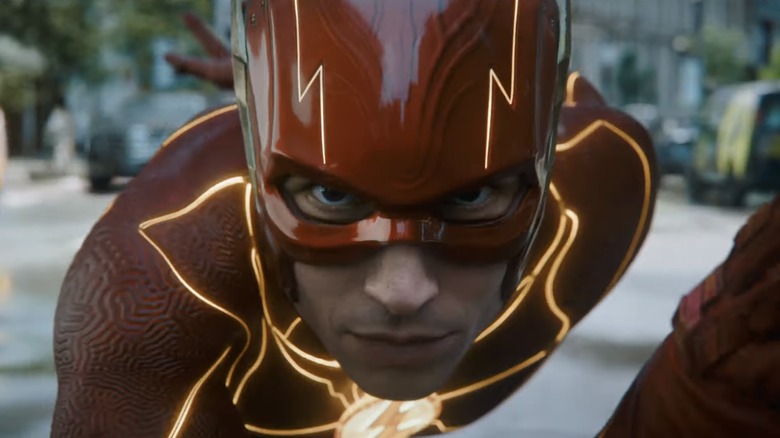 Warner Bros. seems to be committing completely to releasing “The Flash” in theaters next year, despite the troubles with star Ezra Miller. According to The Wrap, Miller recently conducted a day’s worth of reshoots on the studio’s lot, signaling that they are still pouring money into the production, meaning they are clearly hoping to ride out the storm that is Miller’s off-screen behavior.

While there is simply too much to recap here, Miller’s troubles have been well documented, ranging from run-ins with the police to restraining orders, amongst many other things. But Miller met with the studio and August and recently apologized for their actions, with the actor seeking mental health treatment. We’ll see how this all plays out as that 2023 release date approaches.

Lastly, we’ve got a fun little something for fans of Charlie Cox’s return as Daredevil. The most recent episode of “She-Hulk: Attorney at Law” made good on the promise of bringing Cox back to the fold as Matt Murdock. In honor of that, Jameela Jamil, who plays Titania on the series, shared this behind the scenes photo of the first time they saw Cox in costume. The actor looks thrilled to be there, and one can imagine how everyone off-camera was feeling about it.

Read this next: MCU Superpowers That Don’t Quite Make Sense

The post Superhero Bits: The Black Adam Runtime, Ezra Miller Did Reshoots On The Flash & More appeared first on /Film.